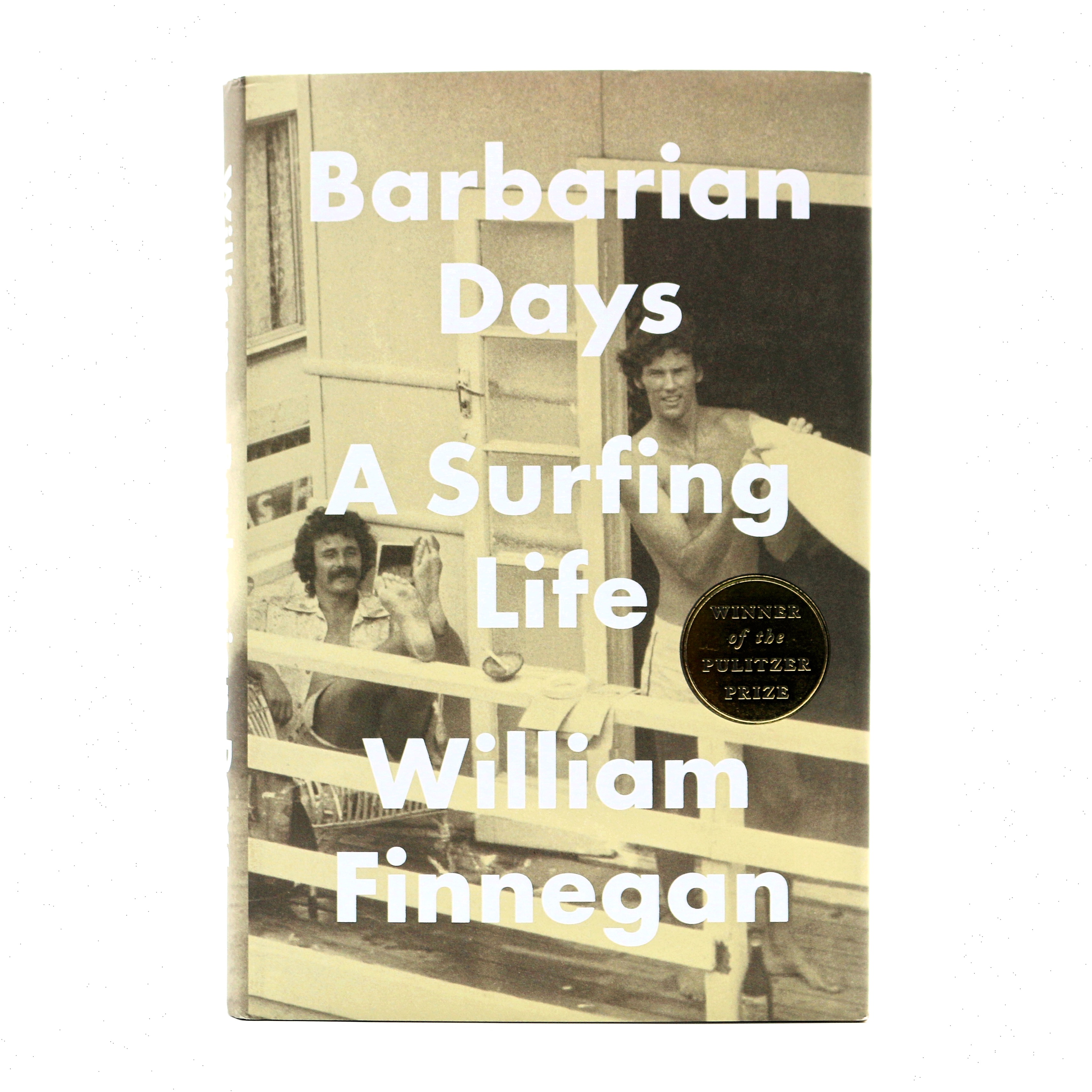 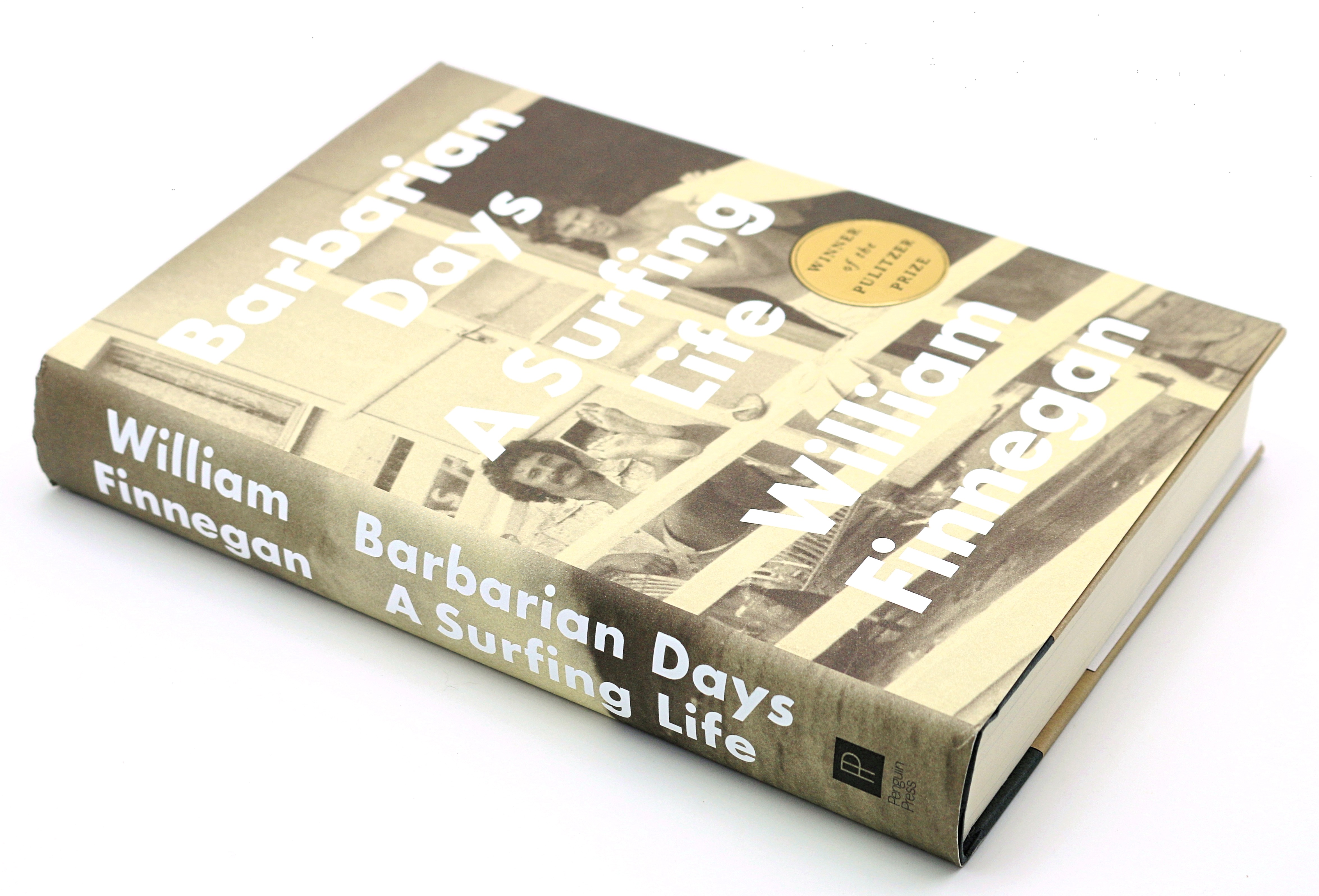 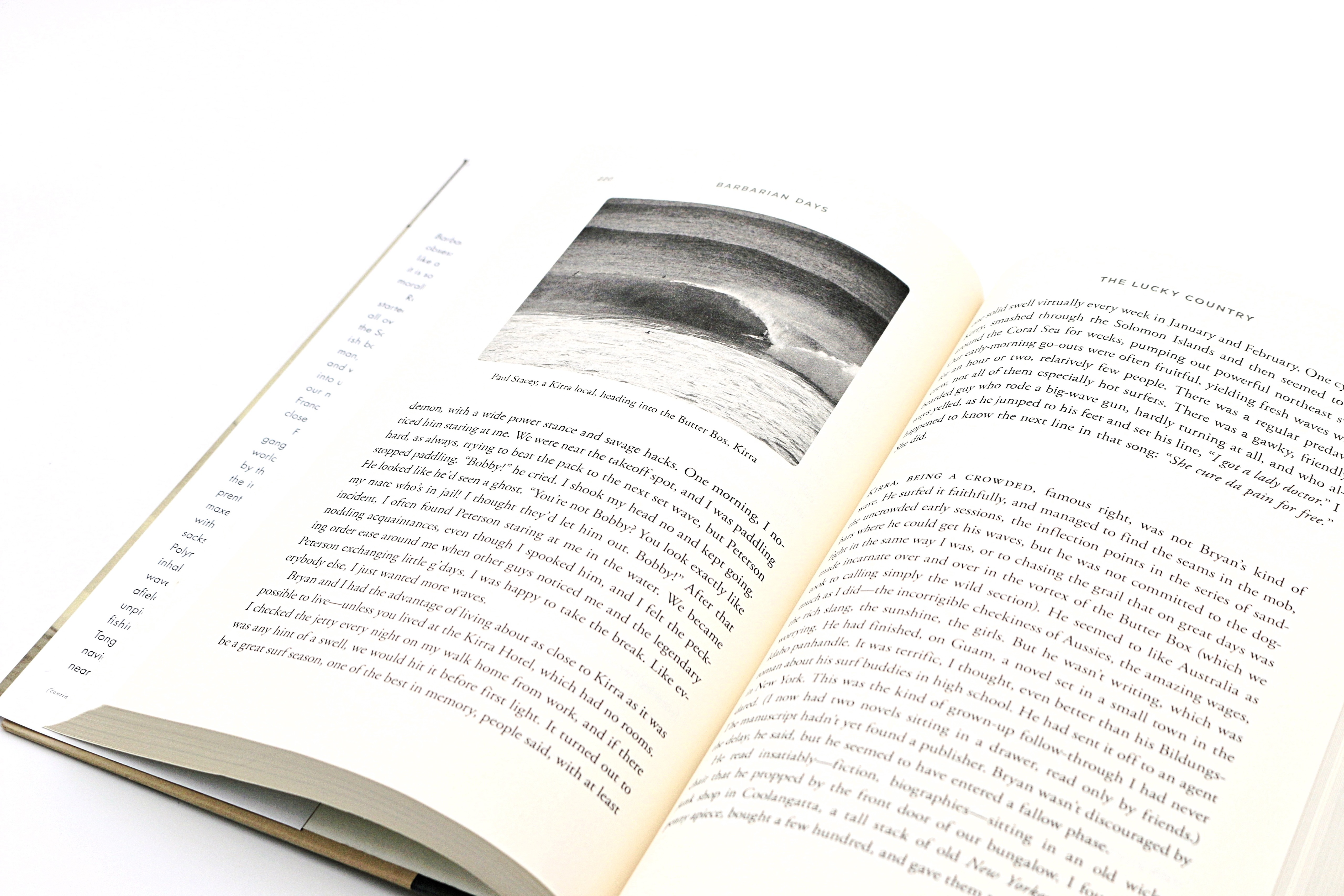 Winner of the 2016 Pulitzer Prize for Autobiography

“Reading this guy on the subject of waves and water is like reading Hemingway on bullfighting; William Burroughs on controlled substances; Updike on adultery. . . . a coming-of-age story, seen through the gloss resin coat of a surfboard.”—Sports Illustrated

Barbarian Days is William Finnegan’s memoir of an obsession, a complex enchantment. Surfing only looks like a sport. To initiates, it is something else: a beautiful addiction, a demanding course of study, a morally dangerous pastime, a way of life.

Raised in California and Hawaii, Finnegan started surfing as a child. He has chased waves all over the world, wandering for years through the South Pacific, Australia, Asia, Africa. A bookish boy, and then an excessively adventurous young man, he went on to become a distinguished writer and war reporter. Barbarian Days takes us deep into unfamiliar worlds, some of them right under our noses—off the coasts of New York and San Francisco. It immerses the reader in the edgy camaraderie of close male friendships forged in challenging waves.

Finnegan shares stories of life in a whites-only gang in a tough school in Honolulu. He shows us a world turned upside down for kids and adults alike by the social upheavals of the 1960s. He details the intricacies of famous waves and his own apprenticeships to them. Youthful folly—he drops LSD while riding huge Honolua Bay, on Maui—is served up with rueful humor. As Finnegan’s travels take him ever farther afield, he discovers the picturesque simplicity of a Samoan fishing village, dissects the sexual politics of Tongan interactions with Americans and Japanese, and navigates the Indonesian black market while nearly succumbing to malaria. Throughout, he surfs, carrying readers with him on rides of harrowing, unprecedented lucidity.

Barbarian Days is an old-school adventure story, an intellectual autobiography, a social history, a literary road movie, and an extraordinary exploration of the gradual mastering of an exacting, little-understood art. 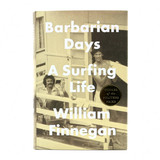 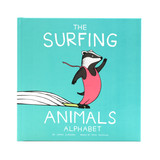 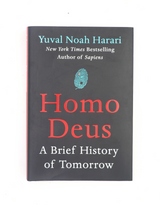 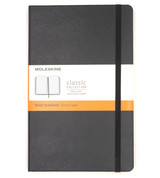